The Dangers of Treating Life as a Game

Late last year I wrote an essay titled Are You Playing to Play, or Playing to Win? which seems to have haunted a great many people. I got a fair amount of reader feedback in the weeks after the piece, and I thought one argument in particular was worth examining in further detail.

Love the topic of looking at parts of life as a game. Looking forward to reading more from you on that topic. Incidentally, I’m currently reading “Games people play”, which is quite interesting, but slightly unrelated.

I’ve also had some thoughts over the years on a similar topic:

For the last couple of weeks, after reading this and thinking about various “scrubby” behaviors, this song has been living rent free in my head: I see a reference to TLC’s Scrub and raise you a remix:

And of course, I have to link to The Other Guys For some reason the scrub article has really haunted a lot of people. I continue to ask myself if I’m a scrub, but I realise this is just a fancier way of asking if I’m lying to myself.

For some reason the scrub article has really haunted a lot of people.

Can you say a bit about this? I don’t want to pry into individual specifics, but the word ‘haunted’ has me curious … maybe in a private thread if that helps?

Oh, sure — I don’t mind articulating the general form of the ‘hauntedness’. I’ve talked to a handful of people who read the piece and they could all dredge up stories of scrub-like behaviour from their past. Some of it is fairly surprising, too, like outwardly it looks like they’ve had some success, but internally they thought they could have done even better if they hadn’t placed some arbitrary constraint on themselves.

I think having a label for a concept makes that concept more legible, hence the hauntedness.

Some of it is fairly surprising, too, like outwardly it looks like they’ve had some success, but internally they thought they could have done even better if they hadn’t placed some arbitrary constraint on themselves.

An arbitrary restraint like, thinking they were playing a game instead of living life. 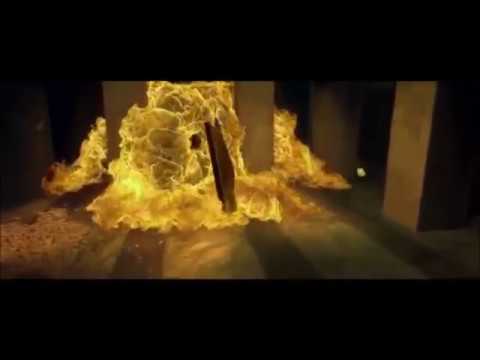 An arbitrary restraint like, thinking they were playing a game instead of living life.

Glib as that may come off, I mean it sincerely. And I mean the elevator scene to be worthy of consideration, not just a cool moment.

To recap: Neo and Trinity are trying to save Morpheus from the Matrix. Neo understands that to play by the rules of the Matrix here is to commit suicide. So he can’t play by the rules. He can’t just ignore them, either, else they won’t be able to free Morpheus. The agents have to be dealt with.

So: Neo must operate with awareness of the game, without playing it. “There is no spoon” here is Neo pushing himself to act in the face of uncertainty; he’s not sure of himself. He might die; his senses still tell him the game is real. But he must act, because his care for his friend matters more than what the game might do to him.

Understanding the games people play without playing them oneself is difficult. There’s no leaderboard for that. One will look like a scrub to others in the context of the games they are playing.

Maybe? But I doubt it. Winning other people’s games has never felt like success to me. Those moments of congratulations instead remind me that I’ve forgotten myself.

There’s a danger in overgeneralizing here. Martine Rothblatt is an amazing person because her businesses have defined their own games, so to speak. There’s really no way that strategies and tactics developed at Sirius XM could have been recognized as useful for later projects. Games have a limited scope, they are not “life” in the broad sense?

A big fan of both articles (sent the first one to friends when it appeared) but… I’m also thinking: every metaphor has its limits.